Born in order to exceed all standards, under the philosophy and vision of its creator, Hans Wilsdorf, a prominent figure in the Swiss watch industry for having created Rolex in 1905. This is how Montres TUDOR S.A. was born with a very clear objective, to explore new territories in order to offer "a watch that Mr. Wilsdorf's distributors could sell at a price a little lower than that of Rolex, but reaching the same levels of exceptional quality and reliability."

Tudor remains true to its original codes by complying with the basic rules of excellence. It reinterprets a rich legacy to create something truly unique, a bold combination of original and contemporary unrivalled for its boldness.

TUDOR IS FOR THOSE WHO TAKE RISKS.

BORN WITH A PURPOSE

As a child, David Beckham had a dream. Every time they asked him what he wanted to be when he grew up, he always answered soccer player. This soon led him to become one of the most acclaimed, beloved and most successful players in the history of the sport. He made his mark in modern football with three major clubs and 115 matches for the English national soccer team, 59 of them as captain: 6 English Premier League titles, 2 cups of American Major League Soccer, 1 Spanish League and 1 UEFA Champions League.

Probably he was not the top scorer, nor the fastest player, but he had a unique, precise and spectacular style. Perfect passing style, extraordinary shots on goal and supreme precision on the pitch. The movie “I Want to Be Like Beckham” presents all about his playing style. David Beckham made his childhood dream come true by daring to go all the way.

Lady Gaga is one of the world's leading fashion icons and is aware of everything she wears. She has made of fame another art form. She knows very well that the way of dressing is an artistic manifestation that transmits a powerful message, and that each accessory is a way of shaping her image, a means to achieve an end.

In keeping with this special attention to detail, Lady Gaga can wear three or four watches on the same wrist. When you only have one watch, choose the Black Bay 36. This automatic watch maintains the general lines of the Black Bay collection while reducing its proportions, as sporty and fashionable as ever.

FOR THOSE WHO ARE WILLING TO DO EVERYTHING

A game of rugby at the highest level in which the All Blacks play is not an easy journey. For this reason, these matches are called test matches in English, because they test the player in every way: they assess physical strength, such as skill level and endurance, and mental ability to be competitive under pressure. 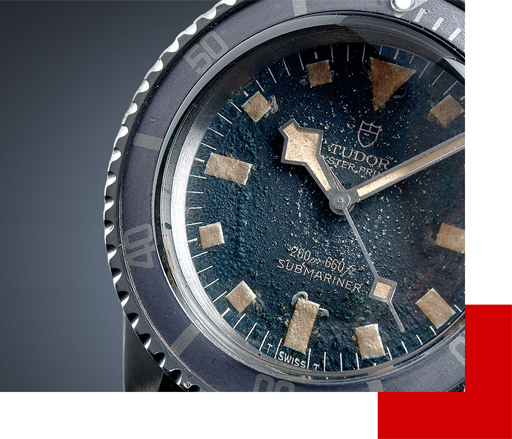 «WE KEEP THE BEST OF THE PAST, CHALLENGING THE LIMITS OF INNOVATION.»

TUDOR has made its watches unmistakable for over half a century by reinventing the classics. Incorporating exclusive innovations, being a pioneer in creativity and cutting-edge technology. Without fear of redefining the rules, the new TUDOR watches are closely tied to the past while incorporating 21st century technology.

Those who wear a TUDOR share the desire for discovery. An adventurous spirit. And the desire to go further. They are curious. They have no fear.

Create your Tudor, start the experience